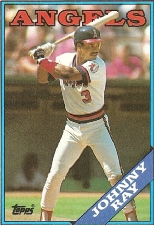 Defensively, he had good range factors in his National League days, but Manny Trillo and Ryne Sandberg were winning the Gold Glove awards at the time.

After his major league days he played for the Yakult Swallows in Japan. He led the Central League in doubles in 1991.