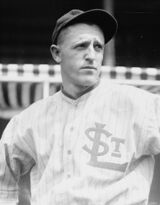 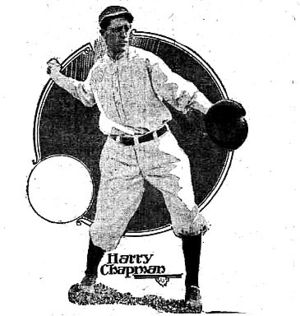 Harry Chapman was a catcher of five big league seasons. The overwhelming majority of his action came with the renegade Federal League, catching 126 games with the St. Louis Terriers but hitting just .204 (with his lone career home run) in the circuit's existence. He died in Nevada, MO, two years after his final big league appearance with the St. Louis Browns, from injuries suffered during his service with the military in World War I.