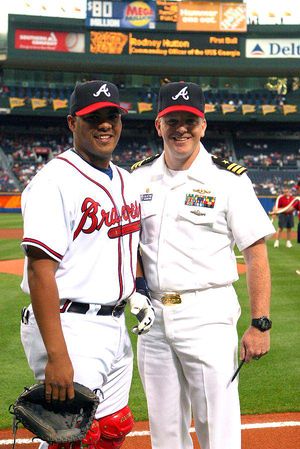 Brayan Peña was signed by scouts Julian Perez and Rene Francisco for the Atlanta Braves in 2000 after defecting from the Cuban junior national team following a qualifier for the 1999 Pan-American Games. He made his pro debut with the Danville Braves the next summer.

In an improbable twist, the only other Brayan in big league history, pitcher Brayan Villarreal, played at the same time as Peña. Even more unlikely—they were teammates in 2013, and fate so aligned it that Brayan the catcher caught Brayan the pitcher just once, on April 17.

Peña became a manager with the GCL Tigers West in 2018 and Connecticut Tigers in 2019. He was slated to manage the West Michigan Whitecaps in 2020, but the COVID-19 pandemic caused the cancellation of the minor league season. Peña did manage the Whitecaps in 2021-2022.

In addition to his work with the Detroit Tigers organization, Peña was the bench coach for the Gigantes del Cibao during the 2020/2021 Dominican League season.