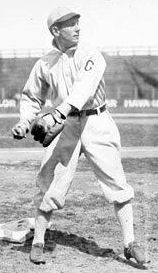 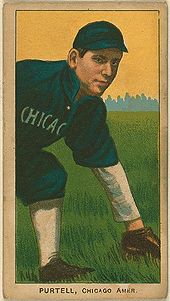 Third baseman Billy Purtell played several years in the American League and had a minor league career from 1904 to 1928. During most of the time from 1912 to 1920 he was in the International League.

He has the unique distinction of hitting only 6 doubles in 151 games in 1910 while splitting his season between the Chicago White Sox and Boston Red Sox. It is the fewest hit by any major leaguer in a season in which he appeared in at least 150 games.

He was the brother of longtime minor league player and manager Marty Purtell. His father, Patrick Purtell, was a prominent player in Binghamton, NY before professional leagues were established.