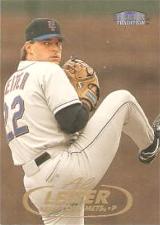 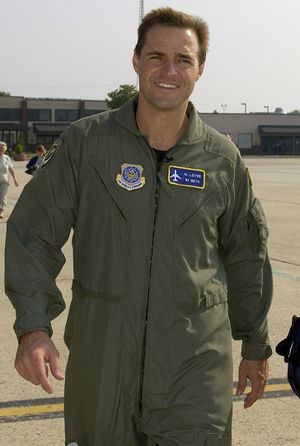 The brother of Mark Leiter and minor leaguer Kurt Leiter and uncle of Mark Leiter Jr., pitcher Al Leiter showed his first signs of stardom as a high school pitcher, throwing no-hitters and multiple 20+ strikeout games for Central Regional High School. He was signed by the New York Yankees and scout Joe DiCarlo as a 2nd round pick in the 1984 amateur draft.

Leiter made his big league debut, a start, with the Yankees on September 15, 1987 and got the win. His early career was derailed by injuries, and after getting 14 starts in 1988, he would have to wait until 1993 to pitch in more than 10 games in a single season. After that, however, he was a model of consistency, hardly ever missing a start.

Leiter ended his career with the same team he began it with, the Yankees in 2005. His 162 wins are more than anyone else born in the state of New Jersey, and in 2002 he became the first major league pitcher to have a win against all the current 30 teams.

He participated in the first World Baseball Classic for Team USA, after which he retired without seeking to earn a spot in the majors that season. Leiter later became a broadcaster on the YES Network for the Yankees as well as with the MLB Network.

Following the death in office of long-time New Jersey Senator Frank Lautenberg in June 2013, Leiter stated openly that he was interested in filling his seat. Working in his favor was the fact that he was a friend of state Governor Chris Christie, who was to appoint the interim replacement. However, his lack of practical political experience made him a long shot, especially as Christie was leaning towards holding a special election to determine the person he would appoint. In 2019, he was named a baseball operations adviser by the New York Mets.

His son Jack Leiter was considered among the top high school pitching prospects eligible for the 2019 amateur draft; however he lasted until the 20th round because of a strong commitment to go to Vanderbilt University. Two years later, he was the second overall pick of the 2021 amateur draft.