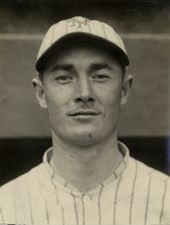 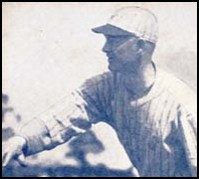 Pitcher Virgil Barnes was the brother of pitcher Jesse Barnes. A third brother, Clark Barnes, pitched in the minor leagues in the 1920s [1].

Jesse came to the New York Giants in 1918 (in a trade from the Boston Braves), while Virgil was a rookie with the Giants in 1919. Jesse was a big pitching star with the Giants while Virgil did not get playing time until 1922 and did not become a star until he won 16 games in 1924. The Giants, of course, won the pennant each year from 1921 to 1924, but Jesse was traded away in mid-1923. Jesse's big days were in the early part of the Giants' glorious four-year stretch, while Virgil's were in the later days. A shoulder injury ultimately ended Virgil's career.