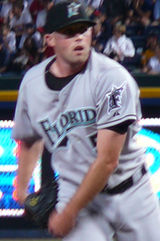 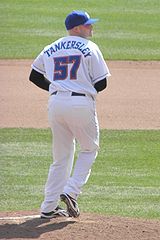 Taylor Tankersley was a first-round draft pick of the Florida Marlins in the 2004 amateur draft. He was signed by scout Dave Dangler and made his pro debut that summer.

In his major league debut versus the Colorado Rockies on June 3, 2006, he combined with Ricky Nolasco in pitching a shutout. Tankersley pitched the final inning giving up one hit and striking out one batter in a 13-0 Marlins win.

Tankersley had an unusual pitching motion that saw him bend his right leg in the air as he stepped towards the batter; his right foot was perpendicular to the ground for a second, before he righted it and stepped forward. The hitch was most visible when he was pitching with the bases empty, although it also occurred when he was performing a slide-step motion with runners on base.