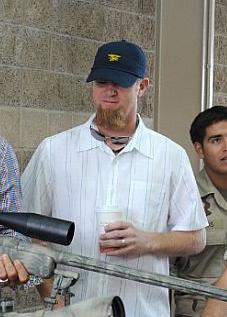 Ryan Franklin won an Olympic gold medal for the United States in the 2000 Olympics.

Franklin was suspended 10 games on August 2, 2005 for illegal steroid use. He began experimenting with throwing a knuckleball during the 2008 season while pitching for the St. Louis Cardinals. Franklin was outstanding for the Cards in 2009, going 4-3 with a 1.92 ERA and 38 saves. He was named to the All-Star team for the only time of his career but was charged with a loss to the Los Angeles Dodgers in the NLDS, being victimized by Matt Holliday dropping a routine fly ball in left field. Back as the Cards' closer in 2010, he was limited to 59 appearances, but was still quite effective, saving 27 games and putting up and excellent K/W ratio of 42/10 in 65 innings, with a 3.46 ERA. The bottom fell out completely in 2011, however, as he lost the closer's job early in the season due to ineffectiveness, and ended up with a 8.46 ERA in 21 games and only 1 save. He gave up 44 hits in 27.2 innings, so even though his K/W ratio remained good, he could no longer get batters out. The Cardinals decided to release him on June 29th.

Shortly after retiring, he rejoined the Cardinals, this time in a front office job. However, one of his conditions was that he wanted to stay near his family and four young children in Oklahoma, so the Cards crafted a job package around those requirements, including some scouting duties, work on the amateur draft, and work with players assigned to the team's AA affiliate, the Springfield Cardinals.

His nephew Kohl Franklin is a minor league pitcher.