Ponce de Leon Park in Atlanta, Georgia, was home of the minor league Atlanta Crackers for more than a half century and also hosted the Atlanta Black Crackers of the Negro Leagues for several years. Built in 1903, the original all-wood stadium seated 11,000 fans. Late in the 1923 season, the park was destroyed by a fire. It was rebuilt as a 15,000 seat concrete park before the 1924 season and initially known as Spiller Park, before being renamed Ponce de Leon Park in 1932. One of its most unusual features was a magnolia tree that was in play in front of a scoreboard in right center field.

The park hosted the fastest game in organized baseball history - at the time - on September 17, 1910, when the Mobile Sea Gulls defeated the Crackers in only 32 minutes; it was the last game of the season, and the two teams wanted to see how fast a baseball game could be played. That record was eclipsed in 1916 during a North Carolina State League game played in Asheville, NC. 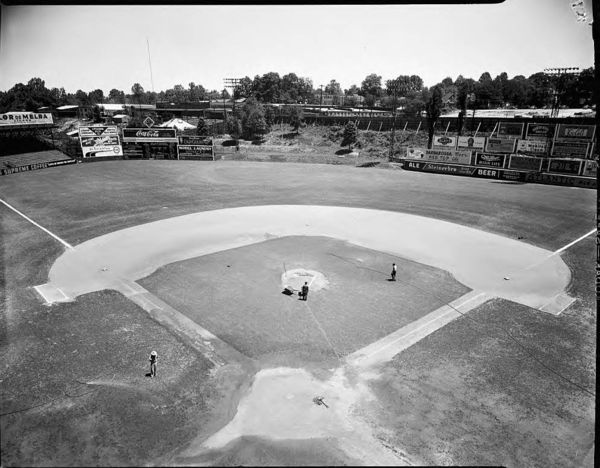 This page is in need of some additional content. Please help the Bullpen by expanding it, or learn how to contribute.
Retrieved from "https://www.baseball-reference.com/bpv/index.php?title=Ponce_de_Leon_Park&oldid=907427"
Categories: