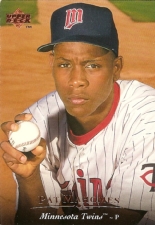 Mahomes' son Patrick Mahomes was a 1st round pick in the 2017 NFL Draft as a quarterback out of Texas Tech University by the Kansas City Chiefs and went on to be one of the game's biggest stars. He had also been drafted as a pitcher out of high school and played a few games with Texas Tech's baseball team.