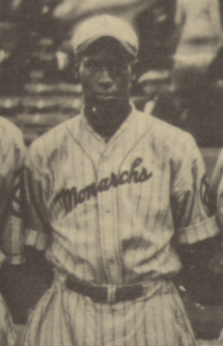 Newt Allen played second base in the Negro Leagues for many years, mostly with the Kansas City Monarchs. He assumed temporary managerial duties in May 1941 when Andy Cooper fell ill, and managed the remainder of the season following Cooper's death in June. Despite having won a pennant, he resigned as manager shortly before the 1942 pre-season began, leaving Monarchs business manager Dizzy Dismukes to replace him, but remained with the team, mostly playing third base by then. He retired as a player after the 1944 season, later coaching one season for the Indianapolis Clowns.