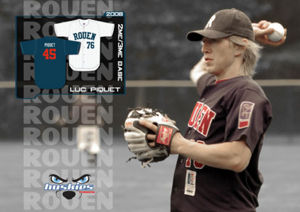 Luc Piquet has been a member of the French national team. As of 2008, he played second and third base for the Rouen Huskies in Division Elite 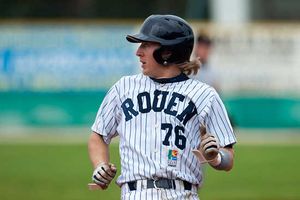