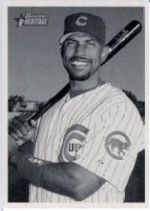 Zuleta went on to leave the Hawks due to a breakdown of salary talks and was released on December 18 which led to him signing a two-year $5.2M contract with the Chiba Lotte Marines on December 29. He will continue to wear his familiar 42 number with Chiba Lotte.

Zuleta was Panama's first baseman in the 2009 World Baseball Classic but performed poorly, going 0 for 8 with 3 strikeouts and an error.