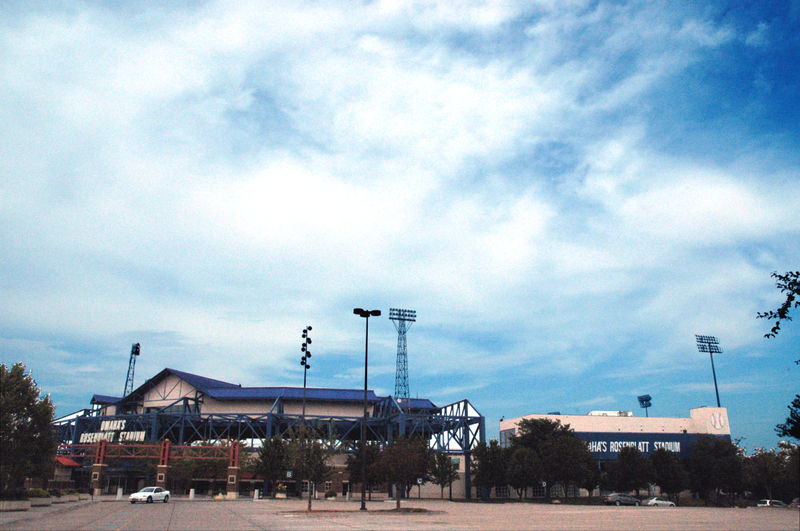 Rosenblatt Stadium in Omaha, NE, was the home of Omaha affiliated baseball from 1949 through 2010 and the NCAA Division I College World Series from 1950 through 2010. After that, the Omaha Royals of the Pacific Coast League and the CWS - with co-tenant Creighton University Bluejays baseball - moved into separate new ballparks.

Rosenblatt's stated fan capacity, 23,145, was more than any other U.S. minor league baseball stadium. However, CWS games drew more than 30,000 at least twice.

Opened in 1948 as Omaha Municipal Stadium, it was renamed in 1964 for Johnny Rosenblatt, who got it built for professional baseball, then quickly landed the CWS and became mayor in 1954. The CWS and CU moved into TD Ameritrade Park Omaha, and the re-christened Omaha Storm Chasers moved to Werner Park in suburban Papillion.

Rosenblatt, demolished in August 2012, ended its tenure as the only home the Omaha Royals/Omaha Golden Spikes franchise had ever known. It is memorialized by a 1:1 scale Little League diamond on its old infield - "Johnny Rosenblatt's Infield at the Zoo". The rest of the land is now the Henry Doorly Zoo and Aquarium's west parking lot.