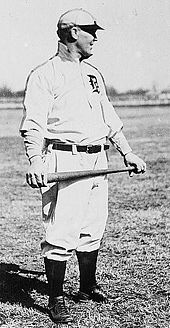 Jim McGuire was handed the job of starting shortstop for the 1901 Cleveland Blues on September 10, 1901. He held it for 18 days, playing 18 games and finishing his major league career on September 28, 1901.

McGuire, when handed the job, responded by hitting .232, but with zero walks, zero stolen bases, and little power. In the field, his fielding percentage was above average and his range was average.

McGuire would not appear again in the majors. Scheibeck was essentially done, coming back five years later in 1906 for 3 games. Shay came back in 1904 and won the starting job with the 1904 St. Louis Cardinals.

As for Cleveland, under a new manager in 1902 they used John Gochnauer at shortstop. Gochnauer hit .185 and was not more impressive in the field than McGuire.

Jim McGuire is easily confused with Deacon McGuire, whose first name was Jim and who was also sometimes called "Jim McGuire". Deacon's career went from 1884 to 1912, although some of that time he was a player-manager, so he was in baseball as a catcher at the same time as shortstop Jim McGuire.