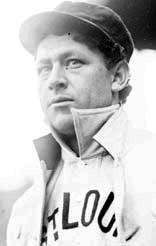 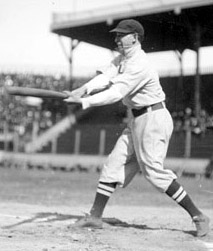 Ike Van Zandt played three seasons in the major leagues for three different teams. He was primarily a pitcher when he came up in 1901, pitching 12 2/3 innings for manager George Davis on the New York Giants, while appearing in one game as an outfielder. He had a cup of coffee with the Chicago Cubs in 1904, appearing in 3 games in the outfield. As a pitcher, he was a submariner at a time when such a pitching style was extremely rare.

Van Zandt was with Nashua when he was drafted by the St. Louis Browns in the 1904 Rule V Draft. He saw his most big league playing time with the Browns in 1905, appearing in 94 games, primarily as an outfielder but including one as a pitcher.

One source notes that Van Zandt was a free-swinger, drawing only 7 walks while having 339 at-bats in the majors. That gave him a lifetime OBP of .242, although to be fair others were not drawing many walks either (the 1905 Browns had a team OBP of .282 and the league OBP was .299).

After his major league days, Van Zandt played in St. Paul, Binghamton, and Albany. He also worked as a cabinet maker and carpenter.

Van Zandt committed suicide at age 31, two weeks after having been expelled from a semi-pro team on suspicions of game-fixing.