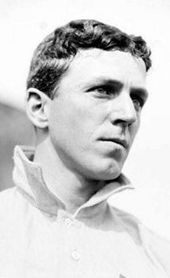 "It was fortunate that Diehl, Cassady and McCormick were secured at the right time. The services of these men has cut a large-sized niche. They have shown the goods. Good subs are essential to a team's success." - Sporting Life, August 20, 1904

Harry Cassady was with the 1904 Pittsburgh Pirates and the 1905 Washington Senators. He also had a long minor league career, playing all or part of eight seasons with Denver, parts of three with Bloomington, and parts of three with Kansas City, along with some other teams.

Harry had a long life, living to 88 in 1969, long enough to see most of the career of Illinois icon Ernie Banks.