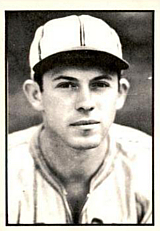 The transition into modern day third basemen, boppers with solid glove work, began with Harlond Clift and his debut in 1934. He was a top third baseman in the 1930s, whiling away for twelve seasons on some truly wretched St. Louis Browns and Washington Senators clubs.

Clift began his baseball career playing semipro ball in Yakima, Washington, in 1931 (according to a January 1982 interview in Baseball Digest). Originally a shortstop, he was discovered by a Browns scout and played in Wichita Falls, Texas in 1932. After playing for the San Antonio Missions in 1933, he became a regular at third base for St. Louis in 1934 as a 21-year-old. In his rookie campaign, he was third in the American League with 10 triples and began a streak of five straight seasons with 100-plus runs scored.

After his major league days, he played two seasons for the Yakima Stars of the Western International League, hitting over .300 each time. He was a player-manager for half of the first season and all of the second, never bringing the club home higher than a fifth-place finish.

Following his playing days, Clift was a Detroit Tigers scout. He also owned a ranch with 50,000 acres. He was deeply disheartened by the loss of the Senators and the Browns due to moves in subsequent years, once remarking that he was now a man without a team. Clift's son, Harlond Jr., followed in dear ol' dad's footsteps, playing four seasons in the minors as a pitcher, including at Yakima in 1958. Harlond Sr. died at 79 in 1992.