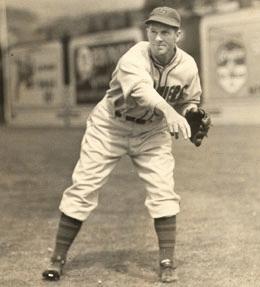 Turpin was an undistinguished pitcher in his early years, his best year being a 10-11 season for the San Francisco Seals in 1930 and 15-22 with the Portland Beavers in 1934. He suffered from a sore arm in 1935 and began to throw with a sidearm motion, finding immediate success: he went 12-8 for the Des Moines Demons of the Western League over the rest of the year, then 20-10 the following year. Des Moines Manager Spencer Abbott was hired by the PCL's Seattle Rainiers in 1937 and took his ace pitcher with him. Turpin had his best years for Seattle, winning 20 or more games four consecutive times from 1939 to 1942. On April 12, 1942, Turpin came within a pitch of throwing a perfect game against the San Diego Padres: with two outs in the 9th inning, he threw a two-strike pitch past Cedric Durst that both pitcher and batter thought was a strikeout. The umpire stated otherwise, Durst drew a walk, and Turpin had to settle for a no-hitter.

In his final full season, 1945, he posted an 18-8 mark for Seattle. He was traded to the Sacramento Solons after the season, and only went 0-3 in 5 games before calling it quits. He cited as one of his reasons the fact that PCL teams had begun travelling by airplane that season; he had never been in an airplane and decided it was too late in his life to start. During the years of World War II, he was among the highest-paid minor league players in the country and also operated a large farm in the Willamette Valley in Oregon, which meant that he was never tempted to try his luck in the East Coast-based Major Leagues. In 1943, he even quit the Rainiers midway through the season, not because of military service - he was already too old to be drafted - but because the manpower shortage meant he could not find anyone to operate his farm in his absence that summer.

Turpin had pinpoint control on his sidearm deliveries, and was one of the very few pitchers to have ever thrown a sidearm knuckleball. The pitch was used infrequently, but was described as "virtually unhittable". He worked very fast on the mound, so fast in fact that Rainiers' owner Emil Sick, whose fortune came from a brewery, reputedly instructed his managers to pitch him on Sundays: he was not allowed to sell beer in Sicks Stadium on Sundays, thus Turpin's usual quick starts were not as much of a drain on concession sales as on other days...

In 2003 he was elected to the Pacific Coast League Hall of Fame.