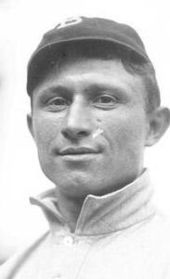 Emil Batch played four seasons in the major leagues, all with the Brooklyn Superbas during the dead-ball era. He was a third baseman during his first two years and an outfielder thereafter.

A baseball card of Batch with the Rochester team in 1909 shows him with a wide face and a narrow chin. Batch, Rochester, 1909 He became a telephone operator after his baseball career.