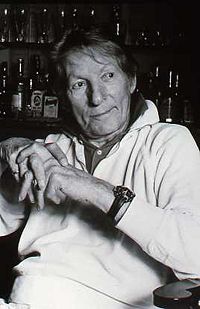 Danny Kaye was one of the original owners of the Seattle Mariners along with his business partner Lester Smith. They owned the team until 1981. Kaye had achieved fame as an actor. He also wrote and performed one of the great baseball songs of all time D-O-D-G-E-R-S Song (Oh, Really?) (1962), which describes a bottom-of-the-9th rally by Kaye's beloved Los Angeles Dodgers against the San Francisco Giants during the 1962 pennant race.

This page is in need of some additional content. Please help the Bullpen by expanding it, or learn how to contribute.
Retrieved from "https://www.baseball-reference.com/bpv/index.php?title=Danny_Kaye&oldid=904795"
Categories: