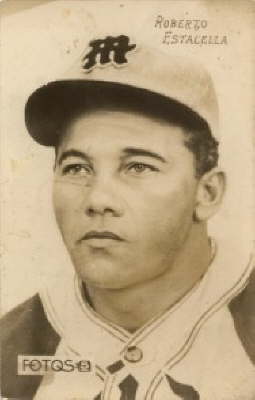 Bobby Estalella played nine years in the majors, with a career OPS+ of 128, well above average. While his 44 career home runs don't look impressive, during the era in which he played, he was typically first or second in home runs on his teams. With the Philadelphia Athletics in 1943, for example, his 11 home runs were by far tops on the team, with the second-best total only three home runs. Even before World War II, with the Washington Senators in 1939, his eight home runs were second on the team. In his best year, with the Athletics in 1945, his OPS of .834 was a huge amount ahead of the team average of .622 (and was third in the American League).

The grandfather of Bobby Estalella, outfielder/third baseman Bobby Estalella was signed by Washington Senators scout Joe Cambria and was one of many Cuban players the Senators carried through the 1930s, 1940s and 1950s.

He played parts of nine seasons in the majors with the Senators, St. Louis Browns, and Athletics between 1935 and 1949, serving as a regular for the Senators and Athletics during World War II. In the minors, he won the Piedmont League Triple Crown with the Charlotte Hornets in 1938, hitting .378 with 38 homers and 123 RBI.

Estalella jumped to the Mexican League in 1946 and was placed on the Ineligible List. After being reinstated in 1949, he returned briefly to the Athletics. He played two more seasons in the minors.

There was controversy about Estalella during his career because many believed he was of partial African heritage. His American teammates and prominent writers considered him black. In later years, Estalella commented: "it was only an issue for the Americans."

After Fidel Castro came to power, Estalella immigrated to Florida, where he died in 1991.