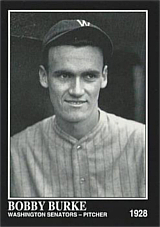 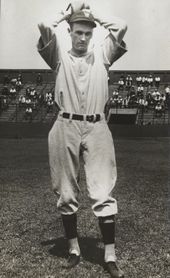 On August 8, 1931, left-hander Bobby Burke became the only man to toss a no-hitter in D.C. as a member of the original Washington Senators, allowing just five walks while striking out eight in a 5-0 victory over the Boston Red Sox at Griffith Stadium.