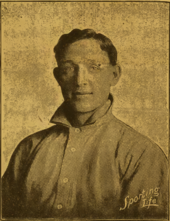 Bob Spade's most notable year in the majors was 1908 with the Cincinnati Reds, when he went 17-12.

After the 1908 season he came with the Reds to Cuba, where the Reds played against Cuban teams as well as against an American black team. Spade played right field for the Reds in Cuba, according to "The Pride of Havana: A History of Cuban Baseball".