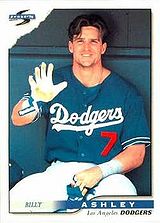 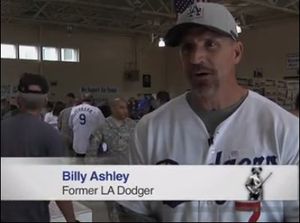 He was unable to match his minor league prowess in parts of seven seasons with the Los Angeles Dodgers and Boston Red Sox, compiling more strikeouts (236) than hits (144) in 688 career plate appearances.

Ashley appeared on the short-lived Fox Reality Channel's Househusbands Of Hollywood in 2009, alongside Darryl W. Bell, who starred as Ron Johnson Jr. on the sitcom A Different World.