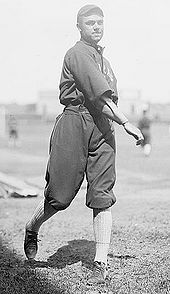 Outfielder Walter "Biff" Schaller played two seasons in the majors, getting into 76 games. He also played 10 years in the minors, mostly in the PCL.

The May 1955 Baseball Digest relates a supposed anecdote about Schaller telling a sportswriter about the many home runs at the high-altitude Salt Lake City park, saying that "it's on account of that there high multitude". Given that Schaller wasn't from a rural background but rather was born in Chicago, IL, one has to take that anecdote with a grain of salt.