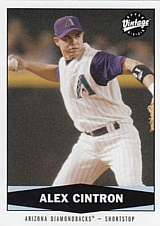 He became a hitting coach with the Houston Astros in 2018. On August 9, 2020, he was at the center of a controversy as he taunted Ramon Laureano of the Oakland Athletics, supposedly insulting his mother, after Laureano had been hit by a pitch for the second time of the game. This prompted Laureano to rush to fight him, prompting a bench-clearing brawl, something strongly frowned upon by MLB in these days of COVID-19 safety protocols. Indeed, he received a 20-game suspension as the instigator of the brawl, while Laureano got six games.