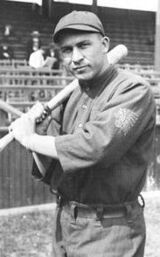 Wilson Collins never stole a base in the major leagues, but he was one of the fastest men of his time, making half of his career appearances with the Boston Braves as a pinch-runner. After baseball, he became a successful football coach at Knoxville High School in Tennessee, winning three national championships.