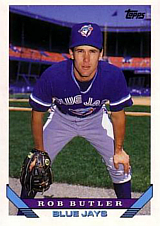 As of 2016, the brothers Butler run the Butler Baseball Academy in Ajax, Ontario, Canada.