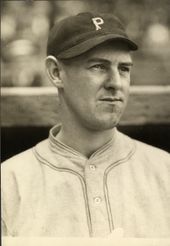 Ray Kremer had a reputation as a heavy drinker. Bill James compares him to the Hernandez brothers (Orlando and Livan) for his capacity to change arm angles and speeds to get batters out.

He won 22 consecutive starts at home at one point and finished with a career record of 143-85 despite his career not starting until the age of 31.

He was extremely successful at not allowing hits despite low strikeout rates. As such he is an important counterexample to Voros McCracken's theory that pitchers are only able to exhibit control over strikeouts, walks and home runs allowed and consequently BABIP (batting average on balls in play) is only a function of defense and luck.