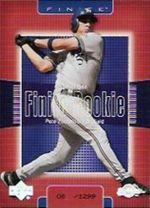 Pete Zoccolillo hit 85 home runs and posted a .284 batting average during an impressive seven-year minor league career. He was originally drafted by the Chicago Cubs in the 23rd round of the 1999 amateur draft. He was traded to the Milwaukee Brewers in 2001 as part of a deal for David Weathers. Zoccolillo logged 37 major league at bats with the Brewers in 2003; he hit .108 and drove in three runs. 2004 was his best season in the minors: he hit .293 with 23 home runs, but was never called back to the major leagues.

He and Jake Daubert hold the record for career RBIs at Rutgers University through 2007. Pete's father Al Zoccolillo was a college coach for over 15 years.