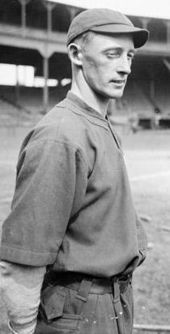 Milo Allison is one of four major leaguers with the first name "Milo", including Milo Candini, Milo Lockwood, and Milo Netzel. There was also Milo Marshall, but he is remembered as Max Marshall. Allison had consistently strong hitting performances until his last pro season, when he dropped off. He had the highest batting average on the 1913 Cadillac Chiefs, the 1914 Memphis Chickasaws, the 1915 Memphis team, and the 1916 New Orleans Pelicans, in addition to hitting well in his cups of coffee in the majors in 1913, 1914 and 1916.