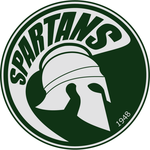 The K. Deurne Spartans were promoted to the Belgian First Division in 2010 and made the Belgian Series their first year, a highly unusual event for a promoted team. They fell to the Hoboken Pioneers in the finals. They then won their first title in 2015 and repeated the next year. They got other titles in 2018 and 2019.