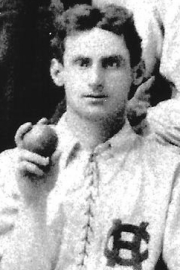 John Stafford played in the minors during the 1890's and came up briefly with the 1893 Cleveland Spiders.

Although his nickname is listed as "Doc", a Sporting Life article from September 16, 1893, said he was known as "Jack", and in the same article mentioned a "Pop Stafford" as "an old-time ball player". Jack and Pop were planning, said the article, to assist a businessman in establishing a new league in California.

John's brother Jim also got a lot of press in the 1890's. Jim was formerly a pitcher, and became a centerfielder.