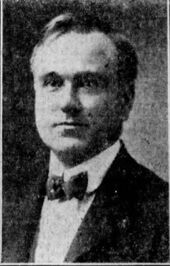 John Rudderham, born in Massachusetts, played one game with the 1884 Boston Reds. He also had a minor league career which went at least through 1892. He umpired in the minors and also served as trainer for the Phillies.

Rudderham may have had a couple brothers in the game, as there were two minor leaguers named Rudderham who appeared in the 1890's. Sporting Life identified him as a brother of Frank Rudderham.