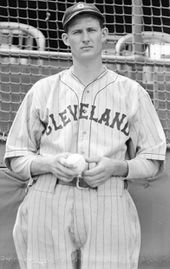 After a fifteen-year major league career, Jack Russell settled in Clearwater, FL and became instrumental in the fund-raising to build the stadium which served as the spring training home for the Philadelphia Phillies from 1955 to 2003, when the Phillies moved their spring training camp to the new Bright House Networks Field, also in Clearwater. The stadium was named Jack Russell Stadium.

Russell was the first relief pitcher to be named to an All-Star Team, when he was chosen to represent the Washington Senators in 1934. He was an effective pitcher in spite of one of the lowest strikeout rates in modern baseball history: while he pitched over 200 innings in a season 4 times, his personal best for strikeouts in a season was 45. In his career, he only struck out 1.83 batters per 9 innings pitched and issued 99 more walks than strikeouts.