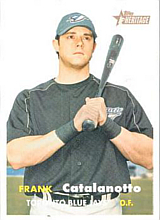 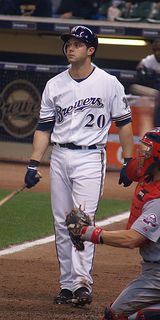 Originally signed by the Detroit Tigers after being a 10th round pick in the 1992 amateur draft, Frank's big league journey nearly began as a member of the Oakland A's, when he joined them for spring training 1997 as a Rule 5 pick before being returned to the Bengals. He made his big league debut in the Motor City that September, seeing lots of at bats as a pinch hitter while covering each of the bases in three seasons, from 1997 to 1999. After that last season, he headed to the Texas Rangers in a big nine-player trade featuring Juan Gonzalez and came in bats blazing, reaching base safely in 13 straight plate appearances (10 hits, 3 walks) spanning a month of action due to injury, including going 5-for-5 with against the Tampa Bay Devil Rays on May 17, 2000. He broke out in 2001 with a superb .330/.391/.490 line in 133 games, finishing fifth in the AL batting race while seeing more action in the outfield.