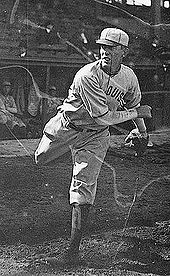 Elmer Brown pitched five seasons in the big leagues and at least seven in the minors. Given his last name, it was natural that he broke in with the St. Louis Browns for five games in 1911, and then pitched 23 times with the Browns in 1912, posting a better than average 2.99 ERA on a team whose average was 3.71. In spite of that, he was traded to the minors in August and spent much of the next season on the farm until the Brooklyn Superbas bought him in 1913. He was in three games with the Superbas that year, eleven games with the Robins, as the Brooklyn team was now known, in 1914 and one more in 1915.