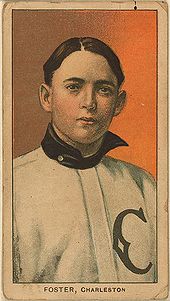 With Cleveland, he was ten years younger than player-manager Nap Lajoie.