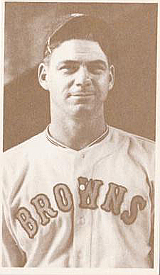 In 1926, the Philadelphia Phillies signed right-handed pitcher Ed Baecht to his first contract to pitch professionally. At 19, he became the second youngest pitcher to appear in a Major League game that year. He stayed with the Phillies the entire season, posting a 2-0 record, and completed the only start he made. He was used primarily as a reliever, getting in 28 games and pitching 56 innings. The Phillies gave Baecht a chance as a starter again in 1927 but, after giving up twelve hits and eight runs in only six innings, he was sent to the minor leagues. 1928 was much of the same. Baecht pitched 24 innings in 9 games had a 1-1 record with a 6.00 ERA and was sent back to the minors for more seasoning.

Baecht did spend parts of seven years in the minors, pitching for seven teams in five leagues. His best year was with the 1930 Los Angeles Angels in the Pacific Coast League, where he won a league best (tied with Jimmy Zinn of the San Francisco Seals 26 games against 12 losses with a league-leading 3.23 ERA. His minor league record was totally different from his major league performance. He finished with a 66-46 record, pitching 1,054 innings in 178 games. He allowed 1,056 hits, 375 bases on balls and 428 earned runs for a decent 3.46 ERA.