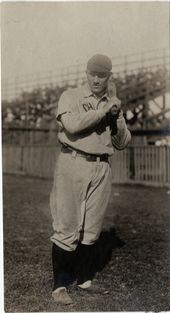 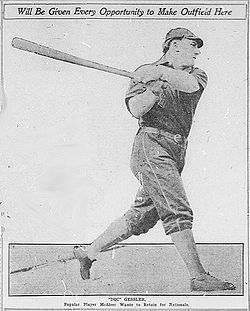 Doc Gessler was a pretty-good-hitting rightfielder whose best year was 1908, when he was third in the National League in batting average, first in OBP and fourth in triples. He was often among league leaders in hit-by-pitch during his career.

Doc was part of the great 1906 Chicago Cubs team, sometimes called the greatest team of all time because it won 116 games and lost only 36. Gessler was with them for most of the season, getting 83 at-bats.

He was a star football player in college, and after his baseball days, he practiced as a physician. He died in his mid-40's.