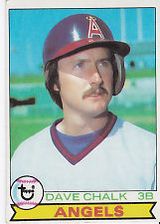 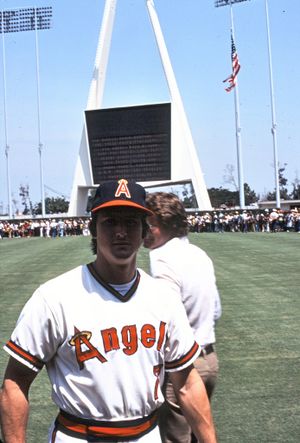 Dave Chalk made two All-Star teams in the 1970s, with back-to-back trips as a representative of the California Angels in 1974 and 1975. He was a regular, predominantly on the left side of the infield (shortstop and third base), from 1974 to 1978, never hitting better than .280 with a best of 5 home runs in '74. In 1976, he became the last big leaguer to play a full season (at least 500 plate appearances) without clubbing a home run or stealing a base.

He was traded to the Texas Rangers straight up for Bert Campaneris in May 1979, finishing his career as a nondescript irregular with the Kansas City Royals in 1981. In 2019, his play with the Texas Longhorns was recognized when he was inducted into the College Baseball Hall of Fame.