Women in the Negro Leagues 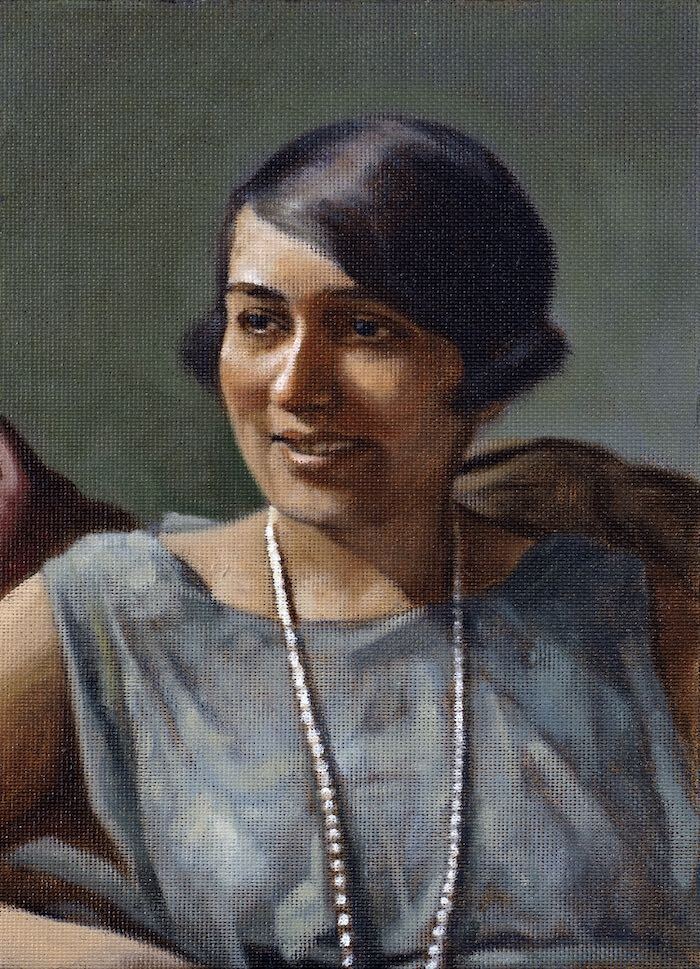 Effa Manley, co-owner of the Newark Eagles, was one of several prominent women in the major Negro Leagues. Art by Graig Kreindler. Used with the permission of Jay Caldwell.

When Major League Baseball (MLB) made the decision to add seven Negro Leagues to those considered to be “major leagues,” the door opened for over three thousand players and other baseball personnel to be added to the roster of those granted major league status. This change not only opened the doors for many men to see their stories and records added, but the same is true for a number of women. Most of these women will be new to the vast majority of baseball fans. For many, the only woman from the Negro Leagues that they may recognize is Newark Eagles owner Effa Manley. A few more may have heard the names Toni Stone, Connie Morgan, or Mamie Johnson, who played in the 1950s. Although that is usually where the story ends, now we can add a number of other women’s names to the roster of those involved with (or who played against) major Negro League teams.

Effa Manley owned the Newark Eagles with her husband Abe. She was elected to the National Baseball Hall of Fame in 2006, the first woman ever, in recognition of her many accomplishments, working to elevate and support her team and Black players in general. She owned the Eagles when they won the Negro League World Series in 1946 and she pushed to get American and National League teams to pay for the Black players they signed after Jackie Robinson. But Manley was not the first woman to own a Negro League team. That distinction belongs to Olivia Taylor who owned the Indianapolis ABCs from 1922 to 1924. Taylor took over ownership after the death of husband C.I. Taylor. Taylor now belongs to a relatively small group of female owners of major league teams, and becomes the second woman owner of a major league team following Helene Hathaway Britton, who owned the St. Louis Cardinals from 1911-1916. In addition to her involvement with the ABCs, Taylor became president of the local NAACP chapter. She helped bring the national convention to Indianapolis in 1925, and became the first female to ever head the national convention.

We can also add to the list of female owners the names of Henryene Green and Dr. Hilda Bolden Shorter. Green took over the Baltimore Elite Giants after the death of her husband Vernon in 1949, and Shorter took over the reins for the Philadelphia Stars from 1950 through 1952. Green and Shorter owned teams not yet considered “major league” since the leagues chosen for the designation go through the 1948 season, but opening the doors means more research and interest should be generated in the Negro Leagues and Black baseball in general, and additional league-seasons may be added by MLB in the future.

Ethel Truman Posey became part of the management team for the Homestead Grays after her husband’s death in 1946. Though she did not take an active role in the team, she was still listed as owning a share. In 1932 and 1933 Isabelle Baxter played second base for the Cleveland Giants who became a Negro National League team in the second half of the 1933 season. Baxter was no longer on the roster by then, but she had the chance to play with and alongside major-league players for the Giants.

Adding the names and stories for these women also opens the doors for people to learn about other women who worked in Black baseball and likely had opportunities to interact with and play against the now-major Negro League ballclubs. For example, Fabiola Wilson and Gloria Dymond, who played in the outfield for the New Orleans Creoles in 1948, or Lucille Bland, who coached for the Creoles of the Negro Southern League in 1947, or Georgia Williams, who pitched for the Creoles in 1945. Clara Jones is listed as the president in 1935 of the Boston ABCs, a local independent club that played Negro League competition that year. Billie Harden served as an officer for the Atlanta Black Crackers 1938–1948 and Maude Semler (wife of James “Soldier Boy” Semler) served a similar role for the New York Black Yankees 1947–1948. Due to the large role that barnstorming played in the history of the Negro Leagues, many of the independent and minor league Black teams often played exhibition games against the now major-league teams in the Negro National League and Negro American League.

With the addition of statistics and biographies of those involved in the seven leagues now considered by major by MLB, the names Olivia Taylor, Ethel Posey, and Maude Semler will officially be included with Effa Manley. How many other women’s stories will be brought to the forefront now? Did the Baltimore Black Sox Bloomer girls ever play any Negro men’s teams in 1921 and 1922? Did the Creoles play any major Negro League teams between 1945 and 1948 when a number of women were hired by Allan Page? When Harriet Smith pitched for the Pullman Porters, who were their opponents? With the increased interest and research into Black baseball in general and the Negro Leagues specifically, these questions may soon be answered.

Leslie Heaphy was elected to the SABR Board of Directors in 2010. She has been a member of SABR since 1989 and chair of the Women in Baseball Committee since 1995. She is on the board for the International Women’s Baseball Center. Leslie is an Associate Professor of History at Kent State University at Stark and publishes in the area of the Negro Leagues and women’s baseball. In 2008, she became the founding editor of the journal Black Ball, published by McFarland. She lives in Canton, Ohio. She was the 2014 winner of the Bob Davids Award, SABR’s highest honor.