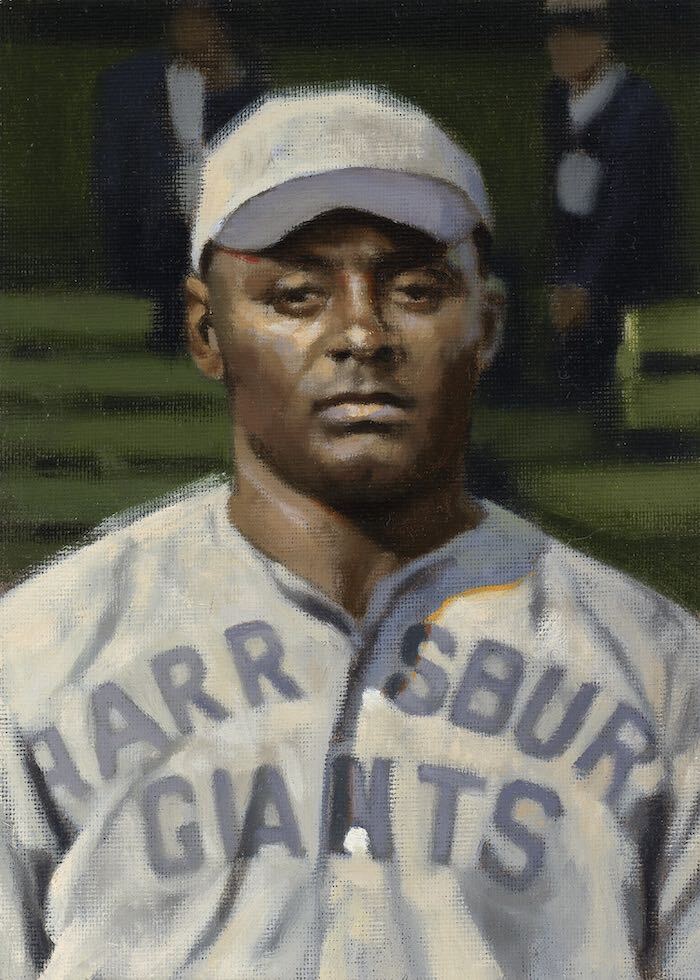 Oscar Charleston is the only player to appear in five of the seven major Negro Leagues. Art by Graig Kreindler. Used with the permission of Jay Caldwell.

The Negro Leagues were major leagues, and we have dramatically expanded our coverage to reflect this on Baseball Reference. At this time, we are presenting seven Black baseball leagues as full major leagues. This is consistent with the decision of SABR's Negro Leagues Task Force and Major League Baseball's announcement.

SABR commented on the process used:

The group's criteria in determining major-league status was: a league of high quality, containing a large number of the best available baseball players, with a defined set of teams and a defined roster of players. Teams should have played a set schedule, with the league maintaining standings and records, some of which may no longer be available.

The seven major leagues are:

The addition of these leagues greatly enriches our coverage of baseball history, but It is important to consider what is not included with these seven leagues:

Much of the history of (and statistics for) Black baseball live outside not only the 1920 to 1948 era but also outside the seven leagues. Our statistical records for players are far from complete for a variety of reasons. For example:

The SABR task force said they will continue researching additional leagues and teams:

The task force will continue studying other teams and leagues from baseball's segregated era, including from before 1920 and after 1948, along with other top-level independent Black teams of the 1930s, which frequently played against White major-league players and teams. Some Black baseball teams were forced to operate independently in order to survive, as the color barrier enacted by White officials both necessitated the Negro Leagues' existence and later led to their demise.

Baseball Reference will keep a watchful eye on these developments and update our coverage where appropriate. We will also be working with Retrosheet to begin adding game-level Negro League data.

Adam Darowski is Head of User Experience for Sports Reference, LLC (the company behind Baseball Reference and Stathead). He has been a member of the Society for American Baseball Research (SABR) since 2013. He is the co-chair of SABR’s Overlooked 19th Century Base Ball Legends committee. In 2012, he created the Hall of Stats, an alternate Hall of Fame populated by a mathematical formula.