The Black Boys of Summer 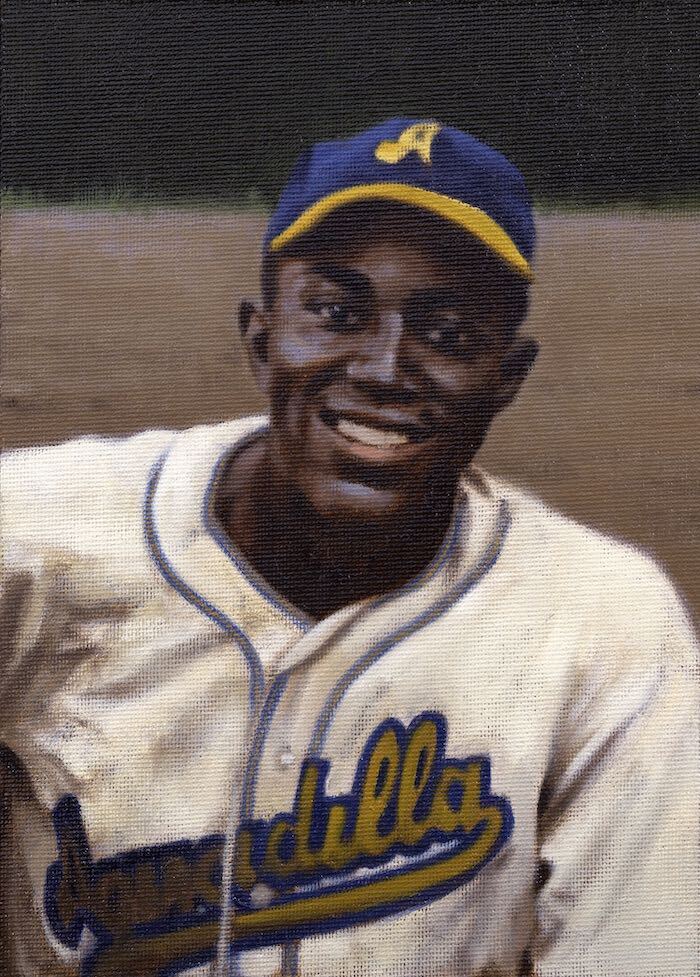 At times during our careers researching the Negro Leagues, the late Dick Clark, Wayne Stivers, and I felt like Sisyphus, the mortal of Greek mythology who was subjected to the dreadful punishment of hopeless labor, eternally rolling a rock to the top of a mountain, only to have the weight of the stone drag it back to ground zero. But with dedicated, persistent, and passionate efforts, the box score discovery project, though on-going, is nearly complete. For the 1920s, our teams of researchers often found more than 95% of the scheduled games. Finding the data for the games that took place during the aftermath of the Great Depression in the 1930s was more challenging, as leagues and teams often stuttered or folded in mid-season, while all citizens, especially African Americans, struggled in a depressed economy. A resurgence of sports coverage followed in the 1940s, as World War II and the fight against Naziism overseas brought an awakening of mindsets, with Americans and the liberal media challenging the justification for separate but profoundly unequal Black and White leagues.

After the big leagues welcomed Jackie Robinson, Larry Doby, Willard Brown, Hank Thompson, and Dan Bankhead, coverage by both the Black and White presses of Negro League games dwindled. For example, in October 1947, we find the lone sportswriter of a minority newspaper at a college football game (the second most popular sport in the country at the time) instead of attending the Negro World Series. Perhaps Black writers felt compelled to report on the trickling of ebony stars onto White major league teams. Likewise, Black fans quietly migrated to support their local White big-league team, to judge the success of their favorite Black player.

Coincidentally, judging the success of White players has never been without merit. The accuracy of the statistical record of the White major leagues is being challenged today by SABR statisticians. Who won the American League batting title in 1910, Nap Lajoie or Ty Cobb? Who holds the record for the most consecutive years leading the league in batting averages, Rogers Hornsby or Ty Cobb? In 1961, who really led the American League in RBIs, Roger Maris or Jim Gentile? Miscalculations, data omissions, mistakes made in box scores reported via telegram or telephone led to crowning the wrong seasonal or career leader more than once. Before technology, The Sporting News (the “Bible of Baseball”) undertook data reconciliation while praying that the typesetters would put the reconciled digits into the printing presses correctly.

Behind the scenes, our team was faced with the same challenges with errors from data transmission. With courage and curiosity, the gang tackled the task of discovering box scores, analyzing, auditing, and repairing the printouts for database software entry. Below are the anomalies in examining the weight of the stone presented to the Sisyphus’ team of Clark, Stivers, and myself.

Part II: The Negro Leagues – Where baseball is as black as the Blues!

The bittersweet decision from Major League Baseball (MLB) to recognize the Negro Leagues as major leagues comes 100 years after the birth of Rube Foster’s Negro National League in 1920, the first Black league to survive a full season. The genesis for the decision began with the Negro Leagues Researchers and Authors Group (NLRAG) in 2000. This MLB grant-funded group of scholars and historians generated an exhaustive database of statistics, starting with post-Civil War games from various colored leagues—leagues that existed because of the apartheid attitudes of White league power brokers. These leagues of color were patterned on a major-league blueprint of rules and regulations, with their own unique style of up-tempo play.

Overall, the NLRAG team found more than 14,000 full box scores, These have been entered into a Microsoft Access database for analysis, producing more than 200 customized reports that show the all-time pitching and batting leaders for 1) games, 2) seasons, or a 3) career. Tried and tested mathematical formulas have been developed to calculate the missing At Bats, Runs Batted In, Walks and Putouts, etc., for each performer. In a few cases, strikeouts and walks will be under-reported, due to the absence of information from the box score and printed storyline. Finally, data integrity checks are done to guarantee team batting and team pitching stats are balanced.

For each box score, it takes a researcher between 30 and 90 minutes to calculate missing RBIs, Runs Scored, At Bats, Innings Pitched, Earned Runs and identify first names. This labor of love is now in extra innings. As speculated, our Sisyphean efforts reveal that Negro League players were statistically as talented, or inept, as their White major-league counterparts.

Also note that during this period, Negro League teams played mostly on big league fields like Shibe Park, Comiskey Park, Connie Mack Stadium, Yankee Stadium, the Polo Grounds, Municipal Stadium, Ruppert Stadium, and Griffith Stadium, among others, and not corn fields or cow pastures, as some cynics have reported. Teams often used Black and White minor league and ex-major league umpires. The players wore Wilson uniforms, used the Wilson W-150CC baseballs, gloves crafted by A.G. Spalding, and ordered their regulation lumber from the Louisville Slugger Factory—the same suppliers for the American and National Leagues. The distance between home plate and the pitching mound for each league was the same, and as well for the distances between the four stations. Furthermore, Black and White teams played under the same rules of engagement, mandated by the ever-evolving Knickerbocker Rules of 1845, up until 1949, when the official rules were re-codified into 10 sections.

Aside from the unmanicured playing fields, overuse of the Wilson baseballs and, in some cases, poorly lighted parks where Black teams competed, the infrastructure was identical. Consequently, it is a level playing field for comparative statistical analysis, and hence from 1920 through 1948, we found the Negro Leagues were the equivalent of the White major leagues in all facets of competition.

The newly recognized leagues are:

"Everything that divides men, everything that specified, separates, or pens them, is a sin against humanity.
—José Martí, Cuban journalist and revolutionary philosopher.

On December 16, 2020, Major League Baseball (MLB) soared to new heights with the announcement that Negro League baseball stats from 1920 to 1948 would be included in the official national record and “elevated” to “major league” status. This American bald eagle of an institution is no longer flying with one wing.

So where do fans go from here? With the acknowledgement and acceptance of seven more major entities, what impact will blackball records have on the new and inclusive landscape of statistical excellence?

The final tallies will be available soon. It is doubtful that the career leader boards will change as the Negro Leaguers played fewer games than their White major league counterparts over the course of their careers. However, the leagues of colored players will produce some record shades of grays for games and seasons because of the newly endowed status.

Editor's note: Some of these statistics include data from seasons and teams that are not included in our Major Leagues Are Negro Leagues update. 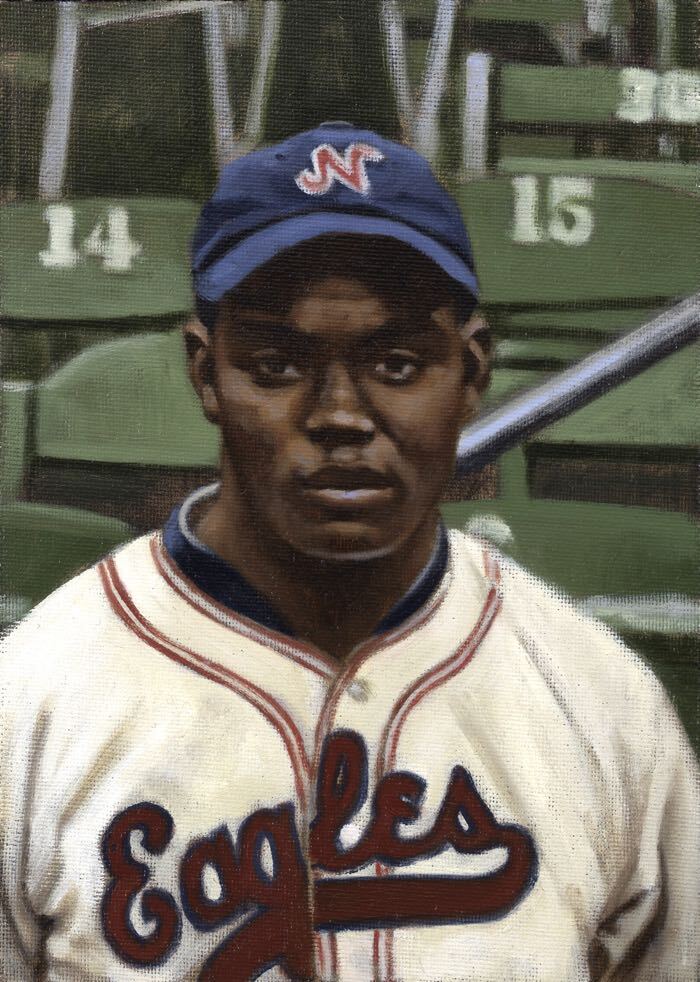 Monte Irvin’s career totals now add games from ten more seasons. His batting average rises to .304 and his OPS jumps to .877. Art by Graig Kreindler. Used with the permission of Jay Caldwell.

Folklore and embellished truths have long been a staple of the Negro Leagues narrative. Those storylines will always be entertaining, but now our dialogues can be quantified and qualified to support the authentic greatest of these athletes. As baseball re-invents itself, every fan should welcome this statistical restitution towards social reparation. Play Ball!

Larry Lester is co-founder of the Negro Leagues Baseball Museum and serves as chairman of SABR’s Negro League Research Committee. Since 1998, he has organized the annual Jerry Malloy Negro League Conference, the only scholarly symposium devoted exclusively to Black Baseball. He is the author of Rube Foster in His Time, Black Baseball’s National Showcase: The East-West All-Star Game 1933–1953, Baseball’s First Colored World Series: The 1924 Meeting of the Hilldale Giants and Kansas City Monarchs, and The Negro Leagues Book (with Dick Clark), which has been updated in a second volume (with Wayne Stivers) available on Kindle. Lester lives in Raytown, Missouri. Lester is winner of the 2016 Henry Chadwick and 2017 Bob Davids awards.