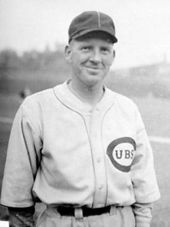 Before there was Thurman Munson, there was Joe Munson (as well as a couple other major-league Munsons). Joe played a couple seasons with the Chicago Cubs. In 1926, when he had the most at-bats, he was one of five different players who appeared in at least 15 games in left field for the Cubs; of those, Riggs Stephenson had the most appearances.

He was one of eight major leaguers who had been at Lehigh University in the nineteen "teens". None of them got as many as 400 at-bats in the majors.

He set a record when he hit .400 in 1925 for the Harrisburg Senators. He became the first Triple Crown winner in the Eastern League; it would be 38 years until Bob Chance became the 2nd.