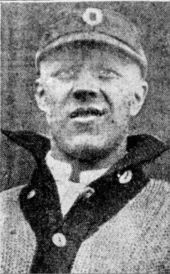 Erwin Renfer, who pitched one game in the majors in 1913, had substantial success in the minors. He was also the first player to come to the majors out of Virginia Tech.

Renfer pitched in 33 games for Ottawa in 1913 while appearing in 51 games total. Since he hit .307 that year, he may have been used as a pinch-hitter on occasion.

In his one major league game, he pitched against the 1913 Senators, who went on to win 90 games that season and finish second in the 1913 American League. Renfer was five years younger than teammate Ty Cobb.